Silent land of quiet prophets,
land that grows its wine;
where the hills still feel Genesis
and never fear demise! 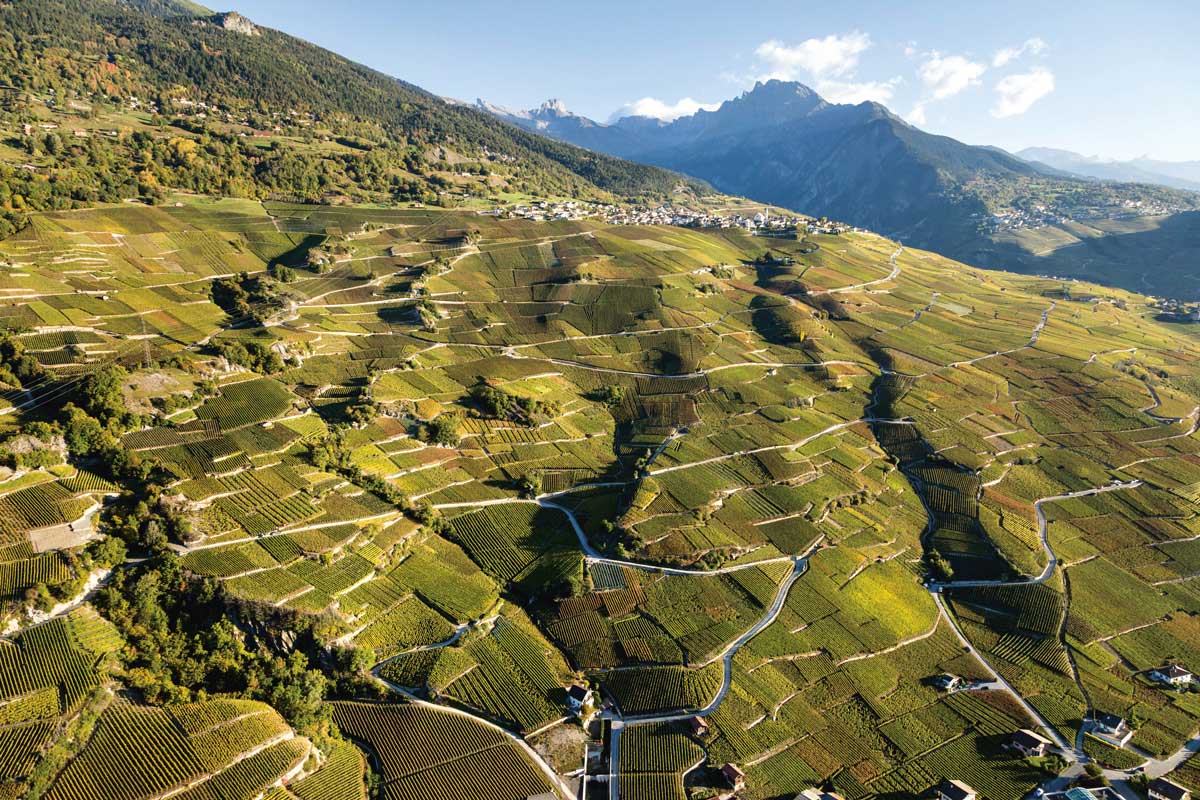 Cayas is a pioneer

Cayas is a pioneer, a trigger for the quality revolution among Valais wines and for respect for the environment. Its two years of barrel maturing quickly make it stand out from the crowd. Since it was created in 1995, it has been acclaimed nationally and internationally by an enthusiastic press and has won numerous awards. Robert Parker gives it top scores — four vintages are given 94/100. It is no coincidence that every good sommelier in the world thinks Cayas when Swiss wine is mentioned. The architects of this success, Jean-René Germanier and Gilles Besse, have made Syrah their ambassador for this adventure, this renewal. Both have an innate understanding of the language of spicy notes — pepper, cloves — and wild berries, red fruits — cherry, blackcurrant, raspberry and blackberry. They know the potential of Syrah, a grape that is increasingly planted in Valais. To its own language they what a barrel can offer wine, a more complex form of speech,
in the end giving it far more than a pleasant discourse.

Amazing nursery for the vinification of Cayas.
Two years of barrel aging before bottling.

Olivier Poussier, elected best sommelier in the world in 2000, gets credit for this remark about Valais and its climate, that the northern limit of Syrah culture is Valais! Indeed, it is difficult to go further north than Valais. This southern Rhone region is characterized by low rainfall, with no maritime influence, certainly, but alpine influences that envelope the vines, exposing them to large temperature variations. A continental climate perfectly suited to Syrah, whose late ripening thus benefits from the sap’s slow rise. Add to this soils of schist, alluvial deposits and glacial moraines that encourage quality water stress. A climate paradox that gives the grape variety freshness, elegance and originality.

For 25 years, respect for the environment has been pursued through integrated production and, today, organic – systems that favour natural regulatory processes according to the universal principle: “prevention is better than cure”.

Attention is also paid to carefully managing a good foliage and fruit ratio. Limited yield is helped by green harvesting before autumn; the principle consists in working on the clusters, removing their tips or shoulders so that all the berries achieve the same maturity. It’s the work of a goldsmith, always striving to achieve grapes that are homogeneous.

Central Valais benefits from a continental climate with Mediterranean influences. It is Switzerland’s driest region, with less than 500 mm of precipitation a year on the plain; the most light-filled, with more than 2,000 hours of sunshine, and it is one of the warmest areas. To the parent rock of schist and Jurassic and Cretaceous limestone are added alluvial soil, landslides, loess and moraines linked to the retreat of glaciers but also erosion of the Alps during the Quarternary period. The vine parcels with Syrah that are used for Cayas reflect faithfully this tormented terroir.

labyrinth of vine parcels and soils made up
of schists, alluvial deposits and moraines gives Cayas
its unique character.

Cayas
in the world

Since its creation, Cayas has been carried on a wave of national success. It is a wine born in a time when Swiss wines emulated the best; finally, after years of protectionism, this world-class vineyard is being exploited to its full potential. Very quickly, Cayas was one of the rare Swiss wines present in European guides. The circle of fame grows until it is truly international. Since 2013, the enthusiastic notes of The Wine Advocate, specifically for Cayas, prove not only its exceptional quality but also its aging potential. New markets open up — USA, Hong Kong, China, Spain and more.

A label
is a landmark

A label that is like a wave, dynamic! The name of the wine, laid down clearly, like a statement. Exit coat of arms and other wine-growing landscapes, and confirmation of the evolution of a company name since 1896: from Urbain Germanier, son of Urbain Germanier, Bon Père Germanier, we move on to Jean-René Germanier’s signature as a guarantee of quality. The history of the label’s shape is important: originally created in 1986 for the Bon Père cocktail, it inspired a move towards fresh contemporary design during the great Swiss wine revolution in the mid-1980’s. Why not use it for wine bottles, too? The idea was remarkably successful and, always easily recognizable, this label reinforces the reputation of the wine.

D-Day for the vertical tasting of 20 vintages
of Cayas, a historic moment! 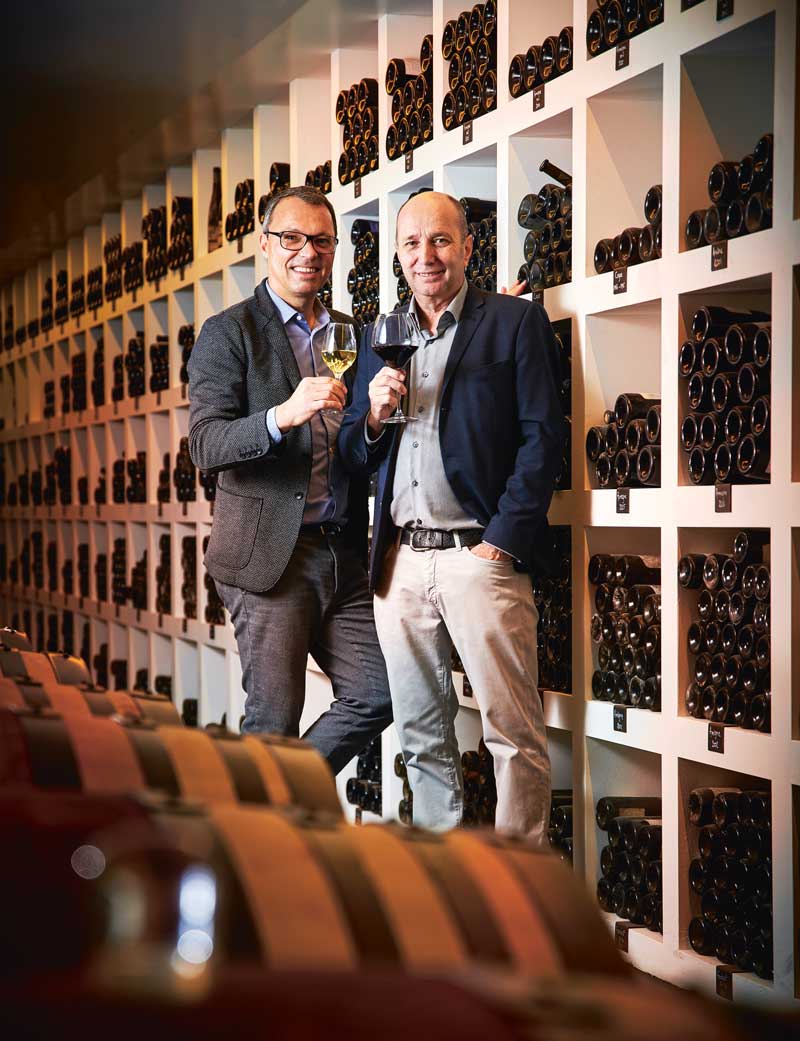